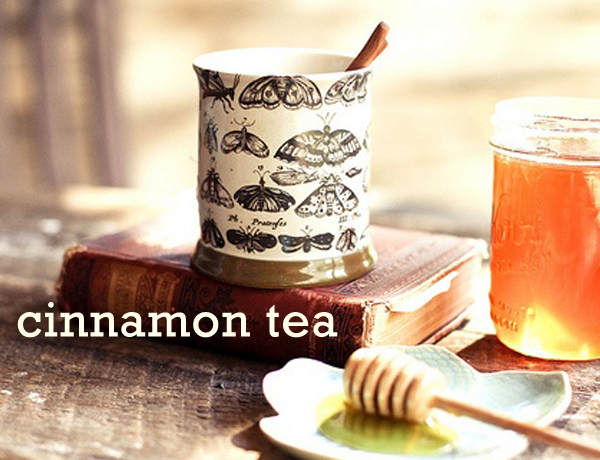 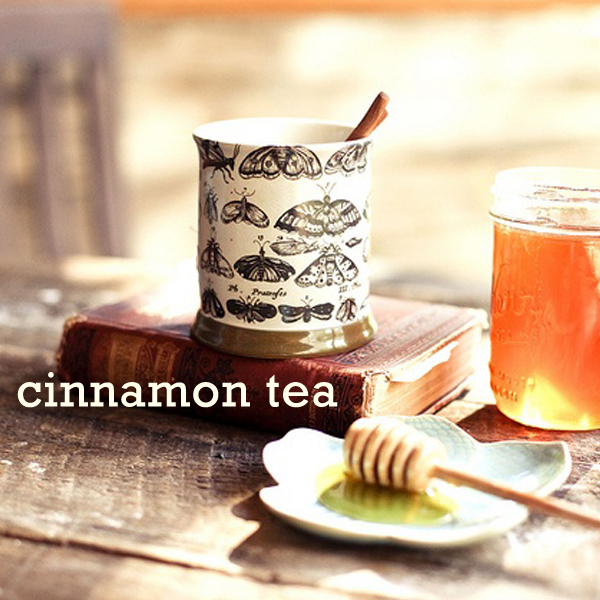 Cinnamon tea is a refreshing tea with soothing qualities. It is very easy to prepare too!

* use Ceylon Breakfast for a bolder flavour and Formosa’s Finest if you fancy a lighter brew.

Fill a pot on the stove with the water and cinnamon stick.

Bring it to a slow boil over 15 minutes. When it starts to bubble, remove from the heat and set aside to steep.

Remove the cinnamon stick and pour into your favourite teacup to enjoy.

Adding honey into the brew enhances the flavour.

This Cinnamon Tea makes a great iced tea too. Pour over ice cubes to enjoy once the brew has cooled down.

2. Cinnamon has anti-viral, anti-bacterial, and anti-fungal properties. Cinnamon fights viruses (such as cold and flu viruses), inhibits the growth of harmful bacteria (like E. coli or the bacteria that causes UTIs), and combats infections (such as medication-resistant yeast infections caused by the fungus Candida albicans).

3. Cinnamon is known for its anti-inflammatory properties. Chronic inflammation has been linked to many health concerns and harmful diseases, such as Alzheimer’s, Parkinson’s, cancer, diabetes, infertility, obesity, PCOS, IBS, Crohn’s, osteoporosis, and heart disease. Cinnamon tea is a natural, tasty way to fight and protect against the potentially destructive effects of inflammation.

4. Cinnamon is filled with potent antioxidants – more than almost all other spices and herbs. Cinnamon’s antioxidant levels are comparable with other high-antioxidant foods, as well – for example, just one teaspoon of ground cinnamon has as many antioxidants as 1/2 cup of blueberries! It’s essential that we include antioxidant-rich foods and beverages in our diet, because antioxidants provide us with so many health benefits… They protect us from the effects of free radicals, prevent and fight chronic diseases (like cancer, heart disease, diabetes, and rheumatoid arthritis), and reduce those signs of aging we dislike so much (like wrinkles and loss of skin elasticity)!

5. Cinnamon improves circulation. Poor circulation can affect the body in all sorts of ways, from varicose veins to constipation to painful joints. Cinnamon tea is naturally warming and helps to increase blood flow. Cinnamon is a natural blood thinner, as well.

For more benefits of Cinnamon Tea, visit : The Tea Talk

Redeem a Gold Sakura Spoon
Receive a complimentary teaspoon with your next order.
This reward is worth 1000 Points, you need 1000 Points more
Locked

Redeem a Glass Tea Cup
Receive a glass tea cup set with your next order.
This reward is worth 2000 Points, you need 2000 Points more
Locked