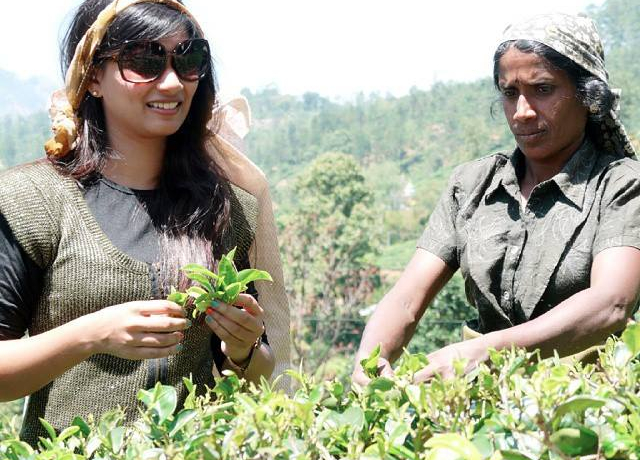 Posted on March 15, 2015
by TTR Crew
Posted in All About TeaReviews

A passion for tea

We’ve all heard of people who managed to turn their hobby into a career. But how often do you hear of someone who managed to create a business based on their favourite drink? Well, interior architect-turned-tea specialist Sumita Singam has done it. She recently spoke to Business Circle about why and how she did so.

If someone were to mention “tea seller”, you probably don’t envision a highly-educated person but Sumita has a Bachelor of Interior Architecture with Honors and a Master of Architecture to boot. Upon graduation she naturally gravitated to the design business and worked as an interior designer for several years.

It’s a job she liked but a new career beckoned based on her desire to quench her thirst. “White tea, green tea, Oolongs and Tisanes were far better tasting than a cup of water, and besides uplifting aromas and the assortment of flavours, tea is a great source of hydration,” she says of her favourite drink.

When it came to tea options, she was spoilt for choice when she was studying abroad. However, when she returned home to Malaysia, she was disappointed with the limited blends available here. This spurred her to consider starting her own tea business. “I thought it would be a good idea to make some of these teas available in KL via a casual tea lounge,” she says.

And thus, The Tea Republic was born. There was nothing like it when she started the business five years ago. Back then, she had no business experience. But she knew a lot about tea and she knew what she would expect of a tea lounge if she were the customer. Based on that, she designed her outlet – a specialist shop with the tea connoisseur in mind.

It’s said that when it comes to food and beverage retail outlets, location is everything. Sumita chose Bangsar Shopping Centre despite the high cost of rental there because she felt the demographics of the shoppers there were ideal for her shop.

“After considering a few different options available at that point in time, the lot at BSC was the best option in terms of spatial quality and overall location,” she says. Perhaps being born and raised in Bangsar, and spending a fair bit of her time in BSC, played a role in Sumita’s choice of location as well.

Although like all entrepreneurs, she wishes to expand the business, Sumita says there are no plans to open another outlet. Physical outlets are very costly. So, instead, she is focusing on e-commerce to grow her business.

“Our online store was set up in mid-2013, along with our own brand of tea, and that has been a main focus since,” she says. “As of March, we have expanded our signature tea blends to a range of 15, from the original nine.”

Last year, about 10% of The Tea Republic’s annual revenue was generated online. This year, she is looking at tripling that amount. That’s quite an aggressive goal but online commerce is something Sumita really believes in and she is devoting a lot of her energies on that channel.

To promote her business, she uses social media a lot, especially Facebook where she posts lots of pictures and information about the teas available at her shop.

“Having an online presence via social media has helped us reach a wider audience, and bring in revenue which we would not have gotten from the physical store as many of our customers are from out of town,” she says.

For those who also wish to create a business based on something they enjoy, Sumita offers this advice: Constantly fill your knowledge bank on the subjects that are related to your business, and figure out how to apply that knowledge to the business.

“I feel that I’ve still got a lot more to learn,” Sumita says. But five years on and with the business still around and growing, she must have done something right.