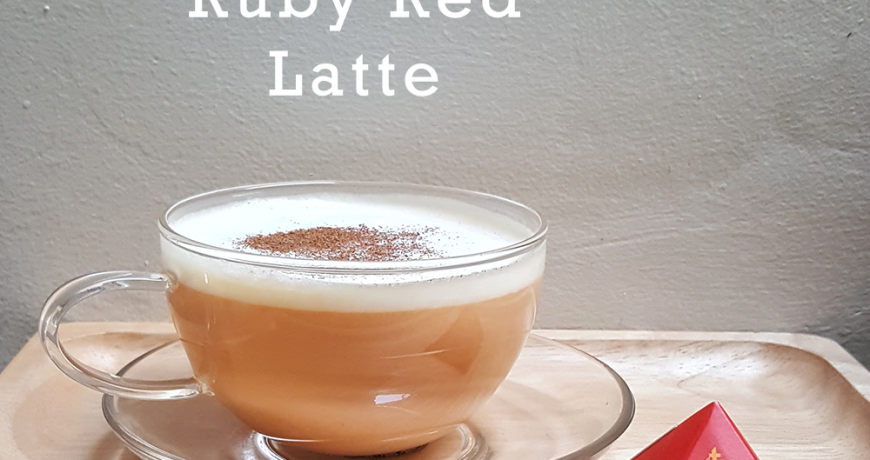 Posted on October 23, 2017
by TTR Crew
Posted in Tea Recipes

This recipe shouts rooibos & caramel with a hint of cinnamon!
Enjoy the health benefits of antioxidant-rich rooibos tea and cinnamon.

This delicious dessert in a glass is easily converted into a cocktail.
Find out how:

Here are some HEALTH BENEFITS of Ruby Red tea:

The polyphenols in rooibos tea have anti-inflammatory properties, which assists in preventing heart related illnesses. The antiviral properties of polyphenols provide an added boost to the immune system, which helps protect the body from common colds, viruses and the flu.

Rooibos tea is also rich in alpha hydroxy acid and zinc. Alpha-hydroxy acids are also found in many upscale cosmetic products because it helps reduce the signs of aging including wrinkles.

The distinct smell and flavor of cinnamon is due to its oils, which is very high in a compound called cinnamaldehyde. It is this compound that is responsible for most of cinnamon’s powerful effects on health and metabolism.

Cinnamon is loaded with powerful antioxidants, such as polyphenols. In a study that compared the antioxidant activity of 26 spices, cinnamon wound up as the clear winner, even outranking “superfoods” like garlic and oregano.

Cinnamon can improve some key risk factors for heart disease, including cholesterol, triglycerides and blood pressure. Cinnamon has been shown to both reduce fasting blood sugar levels, having a potent anti-diabetic effect at 1 to 6 grams per day. Cinnamon has also been shown to lead to various improvements for Alzheimer’s disease and Parkinson’s disease in animal studies.

There are two main types of cinnamon :